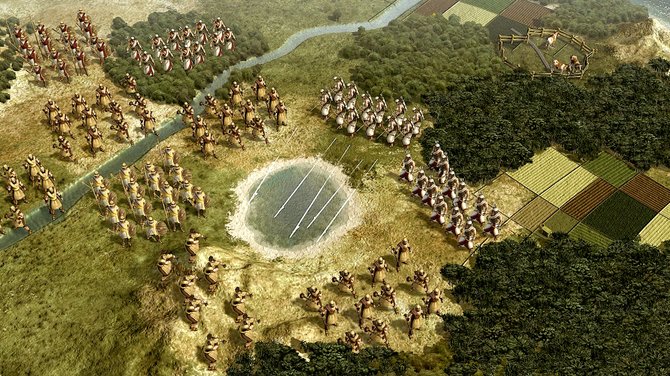 If you're not familiar with it, "Civilization" is the standard-bearer of the 4X genre—a term meaning "explore, expand, exploit, exterminate." It's a pretty good summary of what the games have players do. Each game in the series has expanded on a simple concept—historically significant empires beginning, at the dawn of history, with a singular settler capable of founding one city on a randomized mass of continents. With urban life comes technologies and armies, and one city becomes three, becomes 20 and, before long, the peaceful grasslands, and sloping hills of this fractal Earth are swarming with human life, growth and conflict.

It really is that simple. "Civilization"'s success is entirely related to its purity—it is no more or less the same glorified board game it was when the first entry came out in 1991, and God only knows how many hours of productivity this ideological devotion has cost mankind since.

If games are representative, like chess to a battlefield, pong to table tennis or "Tetris" to a stagnant Soviet economy (not really), then "Civilization" is not merely representative of something as broad as "the history of man" as much as it is "the expansion of man's grasp." Players begin with a few tiles of vision into a strange and unfamiliar world. They multiply and expand, become faster, more productive, more organized and more destructive. Ocean gulfs that serve as barriers before the Age of Exploration yield to astronomy, just as impassible mountains and glaciers yield to the miracle of flight. There is a certain beauty to this depiction of human history, as a board game whose rules and boundaries are constantly subverted by the ingenuity of the players.

But here the artistry is decor—what's important is the way the game plays, and after 20-plus years of addition and refinement, my goodness, she plays sweetly indeed. The course of history is a balancing act for the players and artificial intelligence, with the stated goal of surviving and thriving in the face of all competitors. Progress is measured in units of human effort: apples for food, hammers for production, beakers for science, musical notes for culture, etc. Different types of terrain make certain cities better at certain tasks. On the domestic front, players compete for the creation of Wonders: hard-to-construct superbuildings, of which you can only make one. Internationally, the players balance diplomacy with war, and it becomes harder to keep a suitable level of scientific, economic, cultural and military production to deal with all threats.

Just as each entry in the series adds more content, each expansion in this game has complicated the system—as of the release of Brave New World, there are 43, each with focused bonuses towards a certain victory type or strategy. The Indonesians get a special luxury resource for their first three islands, for example, whereas the Spanish benefit greatly from the discovery of Natural Wonders. The truly impressive nature of "Civilization V" is revealed in how balanced the game is, despite all the additions. A brief list of the features covered: city-states, competing religion, espionage, diplomacy including a UN-like World Congress, a cultural system in which players vie for supremacy and nuclear warfare.

The "Civilization" games remain some of the most engrossing strategy titles ever created, over two decades later. Get it, but watch the clock.