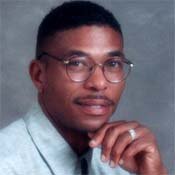 As people rallied across the nation calling for justice in the racially charged shooting death of 17-year-old Trayvon Martin in Florida, Jackson was center stage for a landmark hate-crimes hearing.

It was the first time that federal justice officials used the Matthew Shepard and James Byrd Jr. Hate Crimes Prevention Act, which Congress passed in October 2009, to prosecute a case involving an incident that resulted in the victim's death.

Dedmon, Rice and Butler left a party on the night of June 25 in separate cars, with the intention of finding, harassing and assaulting African Americans in Jackson. Rice and Butler spotted Anderson in a motel parking lot and began harassing him. When Dedmon arrived, the three, along with other, unnamed co-conspirators, began punching and kicking Anderson. Dedmon straddled Anderson and struck him repeatedly.

After the assault, Dedmon, Butler, Rice and other conspirators returned to their vehicles. As Dedmon was leaving in his green Ford F-250, he spotted Anderson stumbling away. He then ran Anderson over with the truck, killing the 49-year-old auto plant worker, then drove away.

The federal prosecutors presented an outline of their evidence against the three Brandon men Thursday, which included multiple incidents occurring between April 1, 2011, and Feb. 15, 2012, in which Dedmon, Butler, Rice, and others sought out and assaulted African Americans in Jackson. The prosecution said the victims were selected based solely on their race and location.

"This is a case of racist thugs who made sport of attacking African Americans in Jackson," said Assistant Attorney General for the Civil Rights Division Thomas E. Perez.

The three were not the only people involved in the incidents, and it appears hate-crime charges may be brought against others involved, as well. Federal prosecutors referred to "Co-conspirators A, B, C and D" and "other persons, known and unknown," during the hearing Thursday.

After the hearing, Perez and FBI Special Agent Daniel McMullen said the investigation was ongoing, but would not say if any other suspects will be charged.

"We, the Anderson family, are praying for racial conciliation, not only in Mississippi, but all over this land and country. We are praying for the defendant, Dedmon, and his family, that they find peace," Young said to those in the courtroom.

Before sentencing him on March 21, Weill said after hearing Dedmon's admission that "the very walls of (the) courtroom cry out for justice." He then compared Dedmon's actions to the 1964 murders of civil-rights activists James Chaney, Andrew Goodman and Michael Schwerner.

"Your prejudice has brought shame upon you and placed a great stain on the state of Mississippi," Weill told Dedmon.

"All the hard work we've done to move our state forward from that earthen dam in Neshoba County to here has been stained by you, a stain that will take years to fade."