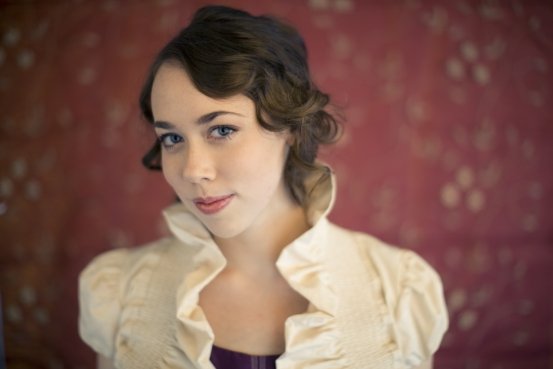 Despite her age, Sarah Jarosz is a force to be reckoned with in contemporary bluegrass. Photo by Courtesty Sarah Jarosz

If she could have a super power, Sarah Jarosz would choose teleportation because, as a musician, it would make travel easier. Jarosz knows all too well about how hard traveling can be. After her sophomore album "Follow Me Down" dropped in May 2011, neither Jarosz nor her two musicians, Nathaniel Smith and Alex Hargreaves, were old enough to rent a car. While touring a large part of the United States, and taking trips to Canada and Europe, they enlisted various people to get them from place to place via trains, planes  and automobiles.

Jarosz grew up with music. "I can't remember a time when I wasn't singing," she says.

Born in Wimberley, Texas, 21-year-old Jarosz began playing mandolin at about age 10. She started performing in local venues around Austin, Texas, and her hometown. Some of Jarosz's early admirers were acoustic musicians Tim O'Brien, Chris Thile and Terry Lickona from Austin City Limits.

By age 14, Jarosz began performing nationally, and her career really began to take off. She released her debut album "Song Up in Her Head" on Sugar Hill Records the year after she graduated from Wimberley High School. Afterward, she moved to Boston to attend the New England Conservatory of Music where she studies contemporary improvisation on the NEC Presidential Merit scholarship.

Jarosz's unique contemporary bluegrass sound has earned her national attention. She was nominated for a Best Country Instrumental Grammy in 2009 and for Song of the Year for her first original song, "Come Around" at the Americana Music Association Awards. She also performed on "Austin City Limits" and "A Prairie Home Companion," and at music festivals like Bonnaroo Music Festival, South by Southwest, Telluride Bluegrass Festival and Newport Music Festival.

Following the release of her sophomore album, which coincidentally came out at the end of her sophomore year of college, the New York Times called Jarosz "one of acoustic music's most promising young talents," and MSN Music named her "One of the fastest-rising stars in the roots music scene."

Jarosz finds inspiration in interesting places. "In the last year, I've been getting more into poetry, especially contemporary American poetry," Jarosz says. "I find that poetry helps inspire me as a song writer." She is a fan of Edgar Allan Poe, evident in her song, "Annabelle Lee." She takes a slightly different view on Annabelle's suitors than Poe, however. Instead of the "high born kinsmen" taking Annabelle Lee away from the narrator in Poe's 1849 poem, Jarosz sings of "wicked brothers" stealing Annabelle Lee.

Jarosz plays mandolin, octave mandolin, clawhammer banjo and guitar. She listens to all music: Her tastes run the gambit from The Decemberists and Wilco to Miles Davis. Her least favorite genres of music are pop country and hard metal, but she tries to be open-minded to anything and everything.

Jarosz has opened for Vince Gill, Richard Thompson and Pachanga, just to name a few, but has yet to play with her favorite artist. "I would love to open for one of my heroes, Paul Simon. Opening for him would be amazing, but just meeting him would be a dream come true," she says.

Sarah Jarosz will open for Kevin Costner in a sold-out show at Hal & Mal's on Wednesday, July 18.