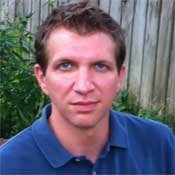 Thanks, John Cusack. Rob Lowe. LL Cool J. Any guy who can play a guitar. Even you, Nicolas Cage. Thanks for raising the bar on the normal guys. The guys who had it good, no boom boxes required. Following your lead, springing for a brown-bag special at Sonic would never be confused with romance again. Growing up, I learned that romantic acts had to involve soundtracks and keytars that had to be dramatic and perfect. Thankfully, I was wrong.

Even now, though, trying to be romantic can make me ... nervous. It's balancing a gift, a box of chocolates and a dozen roses while sautéing shrimp for the special, romantic shrimp pasta dish that neither looked nor tasted like the picture in the cookbook. Or, at least I thought.

Despite being such a positive word to throw around, the actual transitive act of being "romantic" is hard to pin down. I think all beginning courters attempt to schmooze, wine, dine and beg, but are those acts considered "romantic," begging notwithstanding? I happen to think that true romantic acts aren't that easy.

We've been bombarded with ads for flowers, candy and gifts, leading up to the Christmas of Romance: Valentine's Day. We're told that the time is now to show our loved ones that we care by providing them with various products and romantic sundries; we might also receive some quite thoughtful products and sundries ourselves. We'll do it, and it'll be fine. While I've fulfilled my Valentine's Day duties regularly, I've found that true acts of romance are something quite different every time but always have an undertone of comfort and familiarity. There might be dinner, music and a rose or two, but there might just be a pot of soup that you both love. It's quite flexible that way.

I am married to a beautiful, smart, funny and caring woman, so I must have done something right. Right? So-called "romantic" acts are something we men plan and daydream about, but how do we respond when given the opportunity? Romance to me means comfort, because at its core a romantic act must be one thing: thoughtful. It's proof of a voluntary journey you're on. It's understanding the amount of mayonnaise someone likes on their sandwich, or that someone loathes mayonnaise with the strength of 1,000 aiolis. It's evidence that you listen. It's an offering to show that you appreciate someone. Sometimes, those acts are exciting and Hollywood-esque. Sometimes, they're not.

In my world, romance has meant using a blow dryer to thaw a frozen pipe under our house, but it has also meant, "Take your shoes off. Stay awhile."