The Down There Blues | Jackson Free Press | Jackson, MS

The Down There Blues 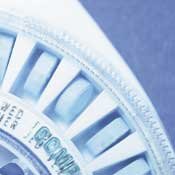 The waiting room at the Hinds Comprehensive Health Center's women's clinic was full. Women of all ages and races sat, some silent and some on the phone, anxious to go back to one of the examination rooms.

"What are you here for?" the lady behind the sliding glass window asked softly, in case it was something extra personal. "Birth control," I replied.

When my name was finally called to go to the back, I followed a young nurse into a private room where she asked me a series of uncomfortable questions about my previous sexual activities. Finally, she got to the point of my visit and asked what type of birth control I wanted.

How would I know? I was 18 and had not been introduced to the world of the Women's Clinic, yet. The nurse told me that I would have to take "the pill" every day and that I would only have to get "the shot" every few months. I chose the shot. The only other warnings I received after that was "this might sting a little."

Six months later, I could not fit in half my clothes, although I was eating way less that I had before. My boyfriend and I were fighting almost every day. I had no idea what was going on. After talking to some other girls who had gone through the same thing, we concluded that it was because of "the shot." My cousin told me that she went up three dress sizes because of birth control and that the weight didn't just "fall off" after she stopped. Another person told me that she ended up losing friends because of her mood swings while on birth control.

"What should I do then?" I wondered. I had no idea how much more weight I would gain, and if I didn't do something then I might have ended up killing someone. I still have not chosen an alternative. I have decided, however, to learn all that I can about the different types before making a final decision.

Doctors recommend learning about each type of contraceptive to find out what's best for you before committing.

'The Shot'
Depo-Provera (medroxyprogesterone acetate), commonly known as "the shot," works by stopping the ovaries from releasing eggs. It is administered every 10 to 13 weeks by a health-care professional. Many women choose this method of birth control because they don't have to remember to take it every day. The failure rate is less than 1 percent. Due to these bad side effects of Depo-Provera, FDA officials discourage using this form of birth control for more than two years. Here are a few of the short- and long-term side effects of using Depo-Provera.

• Irregular vaginal bleeding is one of the most common side effects, according to the American Pregnancy Association.

• Women under 35 who use Depo-Provera have an increased risk of developing breast cancer later, according to the FDA.

• 70 percent of women experience weight gain. The March 2009 issue of the American Journal of Obstetrics and Gynecology reports that women using Depo-Provera for 36 months gained more than 11 pounds during treatment. Even after switching to a different type of birth control or stopping all together, women continue to gain weight.

• The FDA warns that prolonged use of Depo-Provera can result in significant bone-mineral density loss in some women. These side effects can increase risk of developing osteoporosis or bone fractures later.

'The Pill'
Birth control pills have many negative side effects, it also has positive ones. The American Pregnancy Association reports that, if used perfectly, the theoretical rate of the pill's failure is 0.1 percent.

Negative:
• Headaches, dizziness and breast tenderness are common side effects that go away.

• Spotting is unpredictable and common. Taking the pill at the exact same time every day can help.

• Decreased libido increases with the amount of estrogen in the pills. A 2006 Boston University study found the change in libido lasted for months after women stopped the pill.

• Depression and mood swings can be common problems.

• Rare but potentially fatal side effects include stroke, cervical cancer and blood clots.

Positive:
• About 70 percent of women who normally suffer from menstrual pain and PMS get some relief.

• Up to 95 percent of women taking birth-control pills noticed a significant decrease in their acne, the Association of Reproductive Health Professionals reports.

Vaginal Ring
The vaginal ring releases a continuous low dose of hormones into the vagina to prevent pregnancy for that month. You insert the vaginal ring yourself and leave it in place for three weeks. The exact position of the ring in the vagina is not critical for it to work. The failure rate of the vaginal ring is less than 2 percent.

• About 10 percent of women secrete a white, thick vaginal discharge.

• Headaches may occur at the start of therapy.

• Other side effects include arthritis, back pain, flu-like symptoms, joint pain, nausea, sinus inflammation and an upper respiratory tract infection.

IUD
The intrauterine device (IUD) is placed in the uterus to prevent pregnancy. A copper-containing device can stay in place for 10 years. A different type is a hormone-containing device that releases a progestogen, which can stay in the body for up to five years. Once the device is removed, it no longer prevents pregnancy. IUDs have a failure rate of less than 1 percent.

The Patch
The birth-control patch is a thin piece of plastic and can be obtained through a prescription. It works by releasing estrogen and progestin. Side effects include skin irritation, headaches, breast tenderness, irregular vaginal bleeding, weight gain, nausea and bloating.

Barrier Methods
The contraceptive sponge is made from polyurethane foam and fits over the cervix. It also contains spermicide to kill sperm and is absorbent. The sponge's failure rate is typically 16 percent. It does not protect against STDs. In 1994, the FDA removed the sponge from the market, but it has been recently re-approved. It has a history of causing toxic shock syndrome.

The diaphragm is a soft dome-shaped rubber that covers the cervix. The typical failure rate is about 18 percent. The most common side effect, according to the APA, is vaginal irritation. It also has a risk of toxic shock syndrome and urinary tract infections. A prescription is required for a diaphragm, and it should be resized following pregnancy, abortion, pelvic surgery or a weight change of 20 pounds.

Sources: American Pregnancy Association and the American Journal of Obstetrics and Gynecology