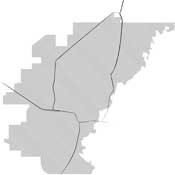 With what that goes on around Jackson, we indeed live in interesting times. Events come and go, weirdness happens, occasional gossip about someone, and of course the usual political muckraking. So take a peek and see what happened over the past week that you may, or may not have missed.

The Center for Violence Prevention names the entire Clinton Municipal Court an "angel" for reducing domestic-abuse recidivism and for putting the blame where it belongs: on the abuser, not the victim. (Clinton)

David Sedaris brings his hilarious foul mouth to Lemuria Books. He declares an "awesome"-free zone because he hates the word, promising to charge anyone uttered the hackneyed word $1 for each use in his presence. (Banner Hall)

The Clarion-Ledger goes to full Facebook commenting system, leaving jerks across the city whining and trying to figure out the most convincing fake Facebook name. (Downtown)

Police drop charges against Saleem Baird, an aide to U.S. Sen. Roger Wicker. Police arrested Baird and three nude women in September when they entered Level 3 Nightclub, of which Baird claimed to be the manager. Cops said the women were stripping without a license. (105 E. Capitol St.)

LW did you mean 2011 or 2001? Is this a paying attention teaser on event updates? Thanks, LW, for the update on happenings inside the GOP party. How can a party that well-funded and backed by so many academic think tanks not remember to license their skrippers before they show up to work? Can you imagine the disappointment that lapse caused on that evening?