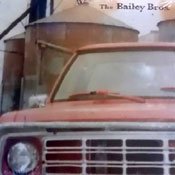 When put under the microscope of the most discerning blues aficionado, the Bailey Brothers' debut studio album "How to Write the Wrong" delivers the whole package in every aspect. In nine tracks, Brock and Jason Bailey, accompanied by acclaimed contemporary bluesman Jimbo Mathus on bass, mandolin and backup vocals, takes listeners on a musical tour from the juke joints and dirt roads of the Mississippi Delta, to the shuffle and swing of Chicago blues, the gritty guitar leads known throughout Texas and Louisiana blues, to the rolling hills of North Mississippi.

The Bailey Brothers clearly honed their musical skills to learn the nuances of each genre they explored. The first two tracks, "80 on 55" and "Shadow Blues," mirror the Hill Country sound in the particular tuning of the guitars and the almost tribal rhythms of Brad Carter on drums.

The album then makes a down-tempo transition in "Devil and the Deal," where a steady drumbeat accompanies melodic guitar leads, a noticeable shift from the crunchy distortion of the previous two tracks. And the lyrics, like most memorable blues songs, are simple and catchy: "Devil got my woman / said he won't give her back / ain't nothin' but causin' problems / you know the devil and my woman won't cut me no slack."

The Bailey Brothers take listeners to Texas in their next song, "Meet Me," a fast blues shuffle with smoking guitar leads over a steady bass-guitar groove. Fans of artists like Kenny Wayne Shepherd and Stevie Ray Vaughn will appreciate the tempo and rhythm. Both "Meet Me" and the next track, "My Baby," show the Bailey Brothers' affinity for Texas and Chicago blues and of their experiences with failed relationships. The lyrics at the very end of "My Baby" epitomize the essence of the blues: "My baby drank all my whiskey / now my ass is all alone."

My personal favorite instrument as a fan of the blues, the slide guitar, seems to be noticeably absent from the album, although a little bit of electric slide can be heard on "My Baby." But fans of the slide get their own song at the very end of the album on "Back to the Delta," sung by Jason Bailey, as he puts a slide to the neck of his dobro. The song progressively increases in dynamics as Mathus plays tremolo chords on his mandolin and howls backup vocals with Brock Bailey. The brothers are Cleveland, Miss., natives, and the lyrics are the perfect complement to the dobro: "Well a hundred miles of travel / you know I don't mind / when I get myself to the Delta / I'll be feelin' mighty fine."

The album is dedicated to Jason and Brock's deceased brother, Chris Gianini, who died of cancer in 2004.

"He was a musician. He knew everything about the sound," Jason Bailey remembers. "He was a guitar player before any of us was."

"How to Write the Wrong" was released in October 2010 and is available for $10 on iTunes and amazon.com.