[Owens-Wilson] How To Come Back From the Dead | Jackson Free Press | Jackson, MS

[Owens-Wilson] How To Come Back From the Dead 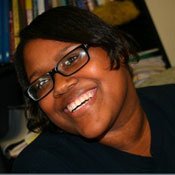 The name of the game is change. People try to do it every new year, Obama opened the nation's eyes with its promise, and now, as an incoming college freshman, I am forced to take its hand and walk with it.

But this column won't be about my fears when I take that step, whether I will be forced to realize I am not as awesome as once previously thought and subsequently ostracized for my lack of intelligence and social finesse, or whether I will gain the notorious freshman 15. This is about how, slowly, I am working to resurrect myself as a creative person.

When I was a kid, I was on top of the game. I would complete my homework effortlessly and efficiently, doing more than what was required without breaking a sweat. But when I got accepted into an accelerated school, I slowly began to convince myself I was not capable of much. I saw 10-year-olds casually flipping through "Little Women," "Anne of Green Gables" and devouring "Harry Potter" books. I told myself I didn't belong in a competitive learning environment, added the word "can't" to my vocabulary and lessened my expectations for myself. It is no surprise that I found myself involved in several amazing groups, but when the time came for me to take the leader position, I dropped the ball.

At first, I blamed it on the people. I figured that all efforts to recruit people would be in vain because no one would be attracted to what these groups were doing because future generations "aren't interested in this stuff anymore." Then I refused to believe that anything could be done about it. During countless meetings about mobilizing more youth and brainstorming effective recruitment techniques, I would tune out, choosing to focus on why those ideas would not work rather than hoping they would.

After another one of these fruitless conversations, an adviser shared a golden nugget: "Sometimes you get so caught up in how big the project is, how it could go wrong, that you get intimidated and don't even start. But it's better to just start, breaking the project into pieces as you go, truly being present in what you're doing without worrying about the outcome and scaring yourself into doing nothing at all."

Yes, I've heard it from my friends, my mom and countless times from teachers, but I figure the 500th time is the charm. Perhaps it is the timing: With college beating on my door, I've begun to re-evaluate my goals. Maybe I have heard those words so many times they have finally lit a fire under my ass.

I've decided to regain my childhood attitude—tackling unknown territory fearlessly and diligently; staking my claim on the prize I have wanted so long—to dream while reaching dreams. Sure, I a bit worried about how it all could go, but at least I am no longer buried by the fear.