DA Needs to Get Organized 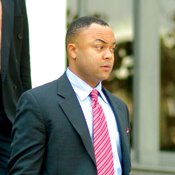 A growing source of frustration around the Hinds County Courthouse is that the office of Hinds County District Attorney Robert Smith is handling case pleadings and motions in a sloppy manner -- much sloppier than his predecessor Faye Peterson. And some of the people complaining now say they supported Smith in his campaign against Peterson.

The reality of the charge was crystal clear Monday in a status hearing in Judge Swan Yerger's courtroom leading up to the March 3 trial of Sharrod Moore for the 1995 murder of Jackson police officer R. J. Washington. Nearly a full year after Moore was targeted for the murder, and less than a month before trial, the defense attorneys still have not received some of the evidence and documents that they believe are in the district attorney's possession. And the DA's office has not responded to several letters requesting specific evidence filed by the defense.

Worse, Assistant District Attorney Winston Thompson, while being questioned by the judge, seemed clueless about the location, or even the existence, of some pieces of evidence. The mystery evidence ranges from a DVD that Smith told defense attorneys he had seen but that is now missing, to a variety of written statements from earlier investigations. And recently defense attorney Chuck Mullins discovered a large folder of documents in the DA's office that he had not seen. Smith says that the materials have been there all along for Mullins to go through.

At large issue in this case are files from an apparent FBI investigation of the murder from the 1990s. Last year, Yerger had ordered the state to ask the FBI for that file; Smith and Thompson said Monday that they had issued a subpoena to the FBI but never received a response. Mullins responded that the FBI does not have to answer subpoenas but that an FBI attorney in the Jackson office said he wasn't aware that the state had tried to get the file. Mullins also said there is no subpoena in the case file.

The trial could now be delayed as the DA's office scrambles to try to get an FBI file that they may not have asked for in a meaningful way.

It also seemed clear from the hearing that the DA's office does not have an organized check-in system for the documents in this case at least.

This case has long been a mess, and it seems clear that interested parties may have interfered with the files over the years for their own purposes. Smith himself has long complained that he could not get all the documents from JPD and has had to go over there and look for stuff himself -- no real surprise considering the condition of the department under former Chief Shirlene Anderson.

Regardless, the family of R.J. Washington deserves justice. And the DA's office should be doing everything in its power to be professional and do things correctly in this case. If they have the right man, it will be tragic if they never get to prove it because of disorganization and missing evidence.