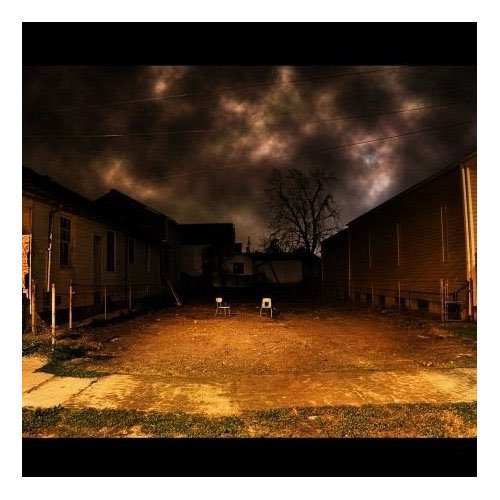 Greg Dulli and Mark Lanegan have a consistently touch-and-go, seemingly fickle collaborative past. Lanegan appears here and there on Dulli's Twilight Singers material, hardly at the helm, often in the background. The two have been flirting with the idea of The Gutter Twins for the past couple years, with news popping up here and there that Lanegan was touring with Dulli as The Gutter Twins. Their idea has culminated, finally, in their debut album "Saturnalia."

Like the Twilight Singers LPs and the Afghan Whigs before them (whom Dulli fronted throughout the '90s), the sound of "Saturnalia" is a dark pop coupled with the sultry sound of a demented soul singer's outfit. Lanegan and Dulli lead a band rich and versatile in sound  angrily blazed-out one minute, then sentimental and gentle the next. "Saturnalia" is evidence that Dulli has mastered the craft of displaying his hedonistic demons, and Lanegan's prickly vocals and participatory songwriting deepens, emboldens, I suppose, what he and Dulli had in mind for the album and their collaboration as a whole.

"The Stations" opens the album. Swirling minor chords enveloped by strings and organs burst behind lyrics inviting whatever impending fatalism may come: "Oh children, this is where they come to take me away. I don't know what they mean," then, ultimately, a dead refrain. From "The Stations," we know that what haunts on this album, haunts thoroughly.

One track will disclose the trials of the body, while the next concerns itself with absolution. "Idle Hands," the track in the middle of the album, confesses justly that indeed, idle hands are the devil's playthings: "My idle hands, there's nothing I can do," Lanegan opens the song. "Let your hands do what they will do," Dulli sings on the unsurprisingly catchy chorus. "Idle Hands" postulates an idea of volition and free will set against striking, distorted strums and chant-like grunts that guide the verses of the track into those large choruses.

The beginning of "Seven Stories Underground" sounds like it was lifted from Tom Waits' "Rain Dogs" carnivalesque timbre. Then the track turns into a confessional, proclamatory gospel anthem: "Oh Heaven, is quite a climb, is quite a climb."

These songs focus on the human condition, provide a thematic battle of sorts against any inner impiety, imploring the validity of self-goodness or, if not, an excuse for any bad deeds. The world and mood that the album implies is a dystopia, with struggle and temptation as the means to forgiveness and redemption. The constant is the idea that faced with trial and error, your deliverance, your decision in the midst of struggle and temptation, marks your status of good or bad, holy or evil. "Saturnalia" evokes these ideas humbly, humanly, not at all loftily.