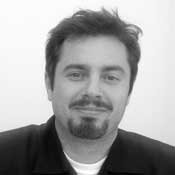 It's been interesting to watch the national media coverage of the arrest of James Ford Seale for the kidnapping and conspiracy to commit kidnapping of Henry Dee and Charles Moore in 1964. In some ways, the story has been a victim of the 24-hour news cycle, with small errors becoming headlines and big errors being completely overlooked or processed away.

The first incorrect meme that started flowing through the mainstream media coverage seems to have been the result of an inaccuracy in the original Associated Press story by local AP writer Emily Pettis covering the arrest. (The story also credited Lara Jakes Jordan and Allen G. Breed with additional reporting and writing.) In that story, Seale was identified as an "ex-sheriff's deputy"—that was also in AP's headline for the story. JFP Editor Donna Ladd and others were scratching their heads at the reference, having seen nothing in their research on Seale that suggested he'd been in law enforcement. By the time that tidbit had reached CNN's headline writers, Seale had become an "ex-cop."

The Natchez Democrat cleared that up with some good local reporting this past week, with writer Julie Finley reaching the sheriff of Franklin County, who told her that Seale had no record of "official service" with the state commissioning board or in local records. Arthur Littleton, former mayor of Bude, surmised that the mistake may have come about because of a practice years ago by sheriffs who gave out "honorary deputy" cards to people who helped them campaign.

It has also been incorrectly reported in the past that Seale and Edwards told Dee and Moore that they were "sheriff's deputies" when they picked them up in Meadville. (Actually, according to FBI reports, Seale told the young men he was a "revenue agent.")

While the mainstream press has certainly been conditioned to rely on AP, this gaffe probably also flourished because the whole "former law enforcement office commits murder" theme is a compelling one for folks reared on "Mississippi Burning" as gospel truth. (It ain't.) Plus, it sounds dramatic in the headline. Kudos to the Democrat for correcting the record.

Something else I have noticed in the coverage: Seale is often identified in newspaper headlines as having been brought up on "murder" charges, when the stories underneath those headlines correctly report that he is charged with kidnapping and conspiracy to commit kidnapping.

The AP reported that prosecutors "did not say why" he wasn't charged with murder, but the reason seems pretty clear—Seale and co-conspirator Charles Marcus Edwards allegedly kidnapped Dee and Moore and drove them to Homochitto National Forest, which is federal land. The charges brought are federal, with U.S. Attorney Dunn Lampton doing the legwork to prosecute them. A murder charge would appear to be outside of federal jurisdiction in this case, since the men were reportedly removed from the forest and dumped into the Mississippi while they were still alive.

Yet another oft-reported notion is that it was "widely thought" that Seale had died, making prosecution moot. On some level, it's true that this was "widely thought"—it was Thomas Moore, the brother of Charles Moore, who told Dunn Lampton in July 2005 that he'd discovered that Seale was still alive. Lampton has told Donna that revelation caused him to re-open the investigation in 2005.

Where did that "widely thought" error come from? Its genesis seems to be a story by The Clarion-Ledger's Jerry Mitchell, which ran on Jan. 12, 2000. In it, Mitchell first revealed in print—to his credit—that the Homochitto connection had led to the FBI re-opening the case for investigation. But in that story, he also offers up the lines: "Two men were arrested at the time of the killings of Dee and Moore—James Ford Seale and Charles Marcus Edwards. Only Edwards is alive." That error would be repeated as fact by several national media outlets until 2005.

Littleton told the Natchez Democrat that he had heard of Seale's son telling the FBI that his father was dead. But a little on-the-ground reporting in 2005 proved he was not; Seale was found within a day of Donna and Ridgen talking to people in Roxie.

Donna frequently says that she believes that Mississippians need to tell their own stories. These gaffes by major media outlets directly support her assertion. And deep pockets for a media outlet do not always result in the best reporting. It's people on the ground in Mississippi—Donna and Kate who met up with Ridgen and Moore in Meadville, and did follow-up investigation on their own; Dunn Lampton; Finley of the Natchez Democrat—who have worked to make a difference in this case, ferreting out the facts and separating them from the chaff that gets added by the game of virtual "telephone" that happens when these stories go national.

If anything offers some promise in terms of rewarding local excellence, though, it's the Internet. Donna's series of stories about the Dee-Moore case were among the very few done in the past five years, and they are so detailed and compelling that they appear at the very top of a Google search on keywords "Charles Dee and Henry Moore."

As a result, she fielded tons of phone calls as the story broke, forwarding many of them to Moore and Ridgen, while talking to others on the air, including CBS Radio News, NPR's Day-to-Day, NPR's Here and Now, the Canadian Broadcasting Corporation (CBC) and CNN for various reports, including a piece filmed partly in Meadville and Roxie by CNN for the Paula Zahn Hour.

We're proud of her and Kate, not just for reporting and telling a story that made a difference, but also for doing detailed, accurate stories here on the ground in Mississippi … which, in today's wired age, also means getting the word—the real facts—out nationally.

ID
74327
Comment
Bude, surmised that the mistake may have come about because of a practice years ago by sheriffs who gave out “honorary deputy” cards to people who helped them campaign. So, that is how Melton got his badge in TX!
Author
pikersam
Date
2007-02-01T11:15:07-06:00

ID
74328
Comment
Anyone seen a correction anywhere on AP's "deputy" assertion??? Also, to our knowledge, The Clarion-Ledger has never corrected, or even admitted, that they erroneously reported Seale's death. Reminds us of Mark Twain's "rumors of (his) death have been greatly exaggerated." ;-) Interesting journalism in this case. You get the feeling that the MSM is trying to cover for each other. The New York Times today had a front-page story by Shaila Dewan that mentions this case. In it, they say that "several newspapers" had reported Seale's death. Being that this is a monumental error (and one that was easy to factcheck), it's intriguing that they don't name the newspaper. (Which AP did last year, after it followed up our story, which contained the news that we all had all discovered on the trip that Seale was still alive.) The other thing that intrigues me about Ms. Dewan's story is that she talks in it about how "local journalists" had ignored the Dee-Moore case in 1964: Because local newspapers often ignored such killings, Ms. Bullard pored over microfilm of national newspapers and records compiled by the Tuskegee Institute, ... But then she is ignoring outright that "local newspapers," or one at least, covered Thomas' trip back to Meadville, and actually learned on that trip, separately and silmultaneouly to the CBC filmmaker, that Seale was still alive. And that newspaper -- the JFP, of course -- reported that revelation back on July 20, 2005, in the only story that has been released to the public about Thomas' 2005 trip. Obviously, she has seen our story about that, being that it is first in Google. Our priority here is, and has always been, that justice is brought in this case, but as journalists trained not to omit major facts in our stories, we're a bit curious about the factual omission in her story. I would expect more thorough reporting by The New York Times. Perhaps Ms. Dewan is miffed that we challenged her think piece about southerners "dredging up" old civil-rights murders back after the Killen trial. Even if so, it doesn't excuse this kind of factual omission in a news piece. It's downright weird.
Author
DonnaLadd
Date
2007-02-03T20:19:53-06:00

ID
74330
Comment
Here is the link to the Minor burglary story. Eugene and Linda Miner moved their business back to the southwest corner of Fortification and Jefferson streets in August after a year at 123 W. South St. They had moved to South Street for more space but wound up being burglarized 27 times in 11 months there. Even sleeping overnight in the shop didn't stop it. It's a shame that one could say that someone is trying to run them out of town given the state of Jackson's leadership today.
Author
pikersam
Date
2007-02-04T12:36:10-06:00

ID
74331
Comment
The Concordia Sentinal in the Louisiana Delta has offered an interesting update to the Seale-as-cop story -- it appears that Seale actually was a police officer in Vidalia, La., in the 1970s, according to records that show him testifying as the arresting officer in a DUI case. So, oddly, enough, CNN had it the most accurate when they said "ex-cop"!
Author
Todd Stauffer
Date
2007-02-06T15:13:31-06:00

ID
74332
Comment
Word from Meadville, all, is that Allen Breed of the Associated Press is calling all over down there trying to find out that Seale was a deputy. Word is also that he hasn't been successful. I'm assuming a correction must be forthcoming. A lot of papers around the world put that in their headlines after the indictment.
Author
DonnaLadd
Date
2007-02-07T16:25:54-06:00