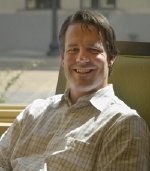 Native Jacksonian Ted Duckworth, 39, is dedicated to changing the face of downtown Jackson. A married father of four, Duckworth graduated from Mississippi State in 1988 with a bachelor's in real estate and mortgage finance. The following year, he started his own company, Duckworth Realty, with exclusive listings in LeFleur's Gallery Shopping Center and The Market at Grant's Ferry Shopping Center.

The company and the man moved upward from there, starting with a retail focus and going on to investment real estate with the acquisition of The Quarter complex in 1995. The purchase of AmSouth Bank's Head-quarters in Jackson and Shreveport, La., followed, and purchases in Baton Rouge, Mobile and Atlanta. When Duckworth bought the old Electric Building on Pearl Street, his transformation of downtown Jackson went into overdrive.

"The key to change in downtown Jackson is getting residents into the downtown area," Duckworth says. "Statistically, 3 to 5 percent of a metro area's population will live in the urban core, and right now we have ... a tenth of a percent. We probably have fewer than 100 people living in the Central Business district."

Duckworth plans to change that by offering more places to live, in the hope of turning downtown into a lively neighborhood again. The developer thinks downtown could easily become a 24-hour community when retailers follow the people.

"There is enough demand for 1,000 people to live down here," Duckworth says. "We have 15 condominiums in the Electric Building, The Plaza has 15, and others are in the works. We are buying the old library on State Street ... and that building is going to be apartments. We want to do that cool warehouse kind of feel—loft-type apartments."

Duckworth, who is vice chairman of Downtown Jackson Partners, is always thinking about the next step. The Electric Building is done, the TelCom Center has been built, and the Federal Courthouse and the Museum of Art have broken ground. But what follows?

"I'd like to see at least one new office building, possibly two, and then the continued transformation of buildings—either new construction or conversions of buildings like the King Edward, into apartments or condominiums," Duckworth says. "If new construction goes up, the older buildings can be converted into housing and draw the people."

With such a strong connection to his hometown, Duckworth is determined to make a positive change for Jackson.

"It all goes back to that sense of place and pride in where you live—and the people. I think Jackson is a beautiful town. I feel so fortunate to be in a community like this and to be able to make a difference."