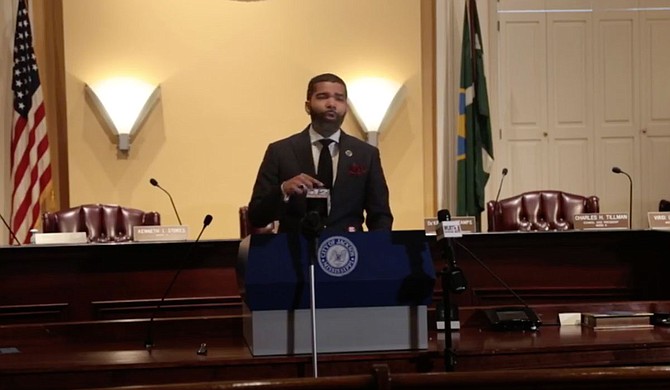 Mayor Chokwe A. Lumumba asked for patience from the people in late February as work continued to restore the city’s water system. Photo courtesy City of Jackson

Parts of Jackson were still without water two weeks after the February winter storm wreaked havoc on the capital city's two water-treatment plants.