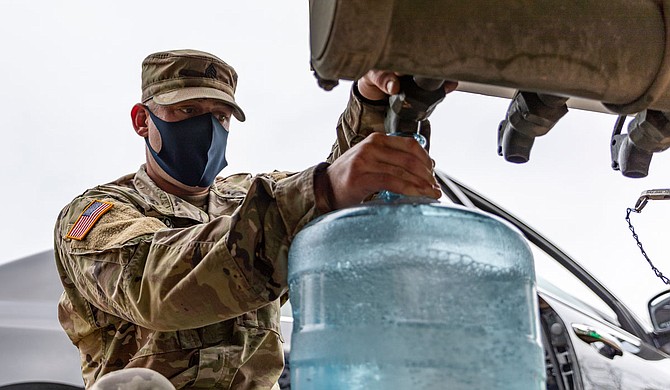 Parts of Jackson were still without water two weeks after the February winter storm wreaked havoc on the capital city's two water-treatment plants.