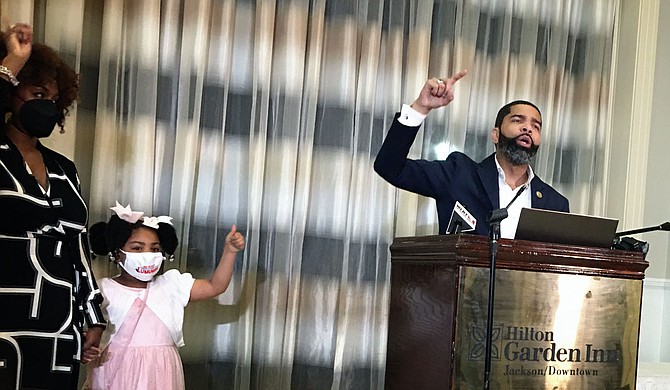 Mayor Chokwe A Lumumba, flanked by his family at the Hilton Garden Inn, celebrated his win in the Democratic Primary election Tuesday. He won with 69% of the votes. Photo by Kayode Crown

With 13,735 votes for Mayor Chokwe A. Lumumba in the Democratic mayoral primary on Tuesday, he won the Democratic nomination and heads to the June 8 general election to face ...