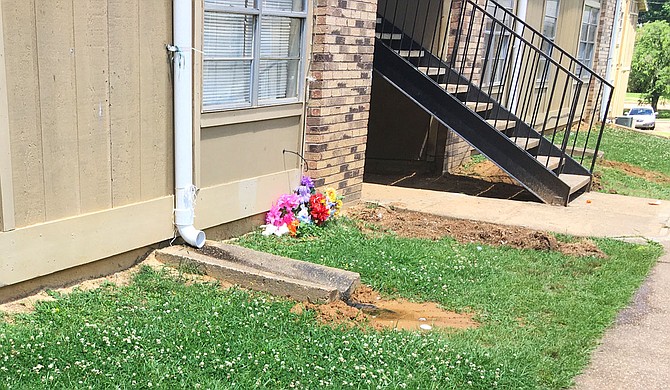 Flowers lay in memory of Queenyanna Davis in front of her aunt’s home in the Wood Village Apartments, Jackson, Miss., where she was hit by a bullet coming from outside the house on April 15. Her aunt believes her little niece might’ve lived with faster emergency response. Photo by Kayode Crown

Losing Queenyanna: Could Quicker Response Have Saved Her Life?

Queenyanna Davis would have been 6 years old on June 23, but she was murdered. She attended Watkins Elementary School in Jackson.