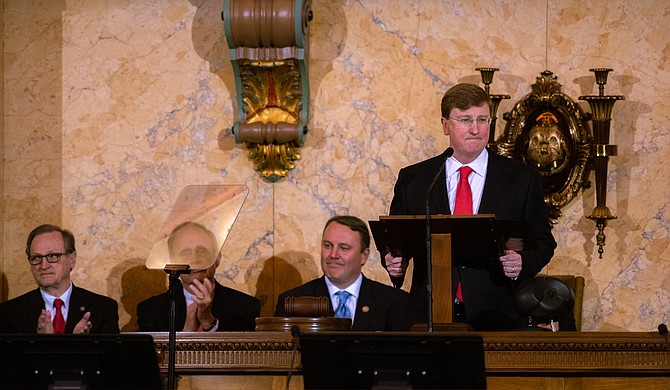 Republican Tate Reeves is now the governor of Mississippi, presiding over a deeply red government and a legion of interests looking for pieces of the state government's full coffers.