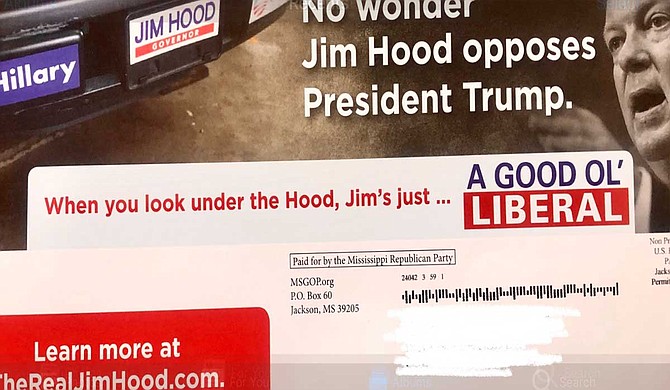 The Mississippi Republican Party is behind a recent campaign mailer with a photo of Democratic gubernatorial nominee Jim Hood's face next to a photoshopped set of bumper stickers on the ...