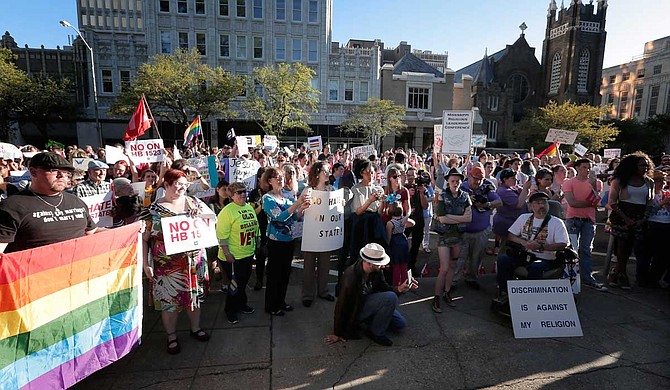 Hundreds of activists gathered outside the governor's mansion in downtown Jackson in April 2016 to protest Mississippi's "religious liberty" law, H.B. 1523, which granted business owners the right to discriminate against LGBT people based on religious beliefs or "moral convictions." Photo by Imani Khayyam

LGBT Mississippians could have more to lose or gain than most as the U.S. Supreme Court weighs in on whether or not employers have the right to fire people based ...