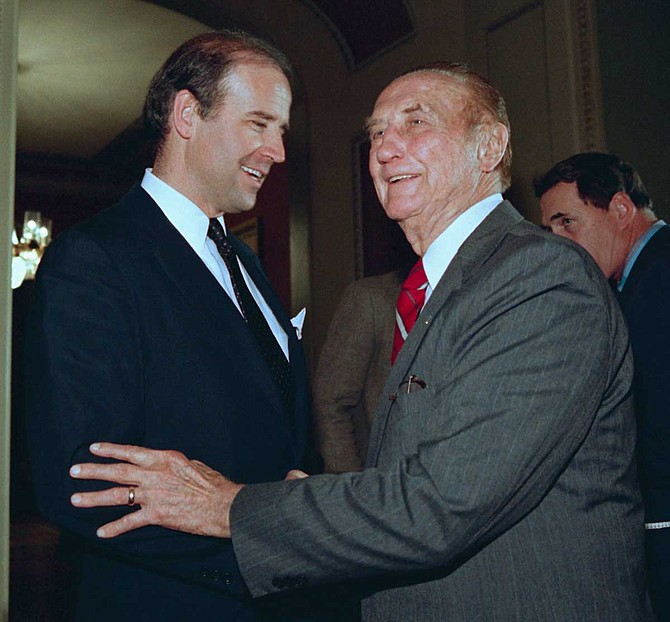 As a liberal senator before segregationists switched to the GOP, Joe Biden’s (left) friendships extended to not only conservatives, but notorious racist Dixiecrats like former Sen. Strom Thurmond of South Carolina (right). Photo courtesy Scott Applewhite via AP

Vice President Joe Biden talked about his mentor James O. Eastland at a rally for Democrat Doug Jones in Birmingham, Ala., in 2017.