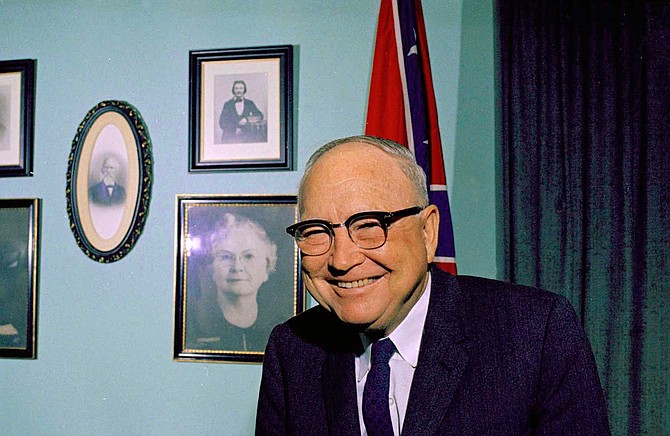 Former U.S. Sen. James Eastland, sometimes called “The Godfather of Mississippi Politics,” was a Dixiecrat known for his staunch support of segregation. He was also an early supporter of young Joe Biden. Photo courtesy Charles Tasnadi via AP

Vice President Joe Biden talked about his mentor James O. Eastland at a rally for Democrat Doug Jones in Birmingham, Ala., in 2017.