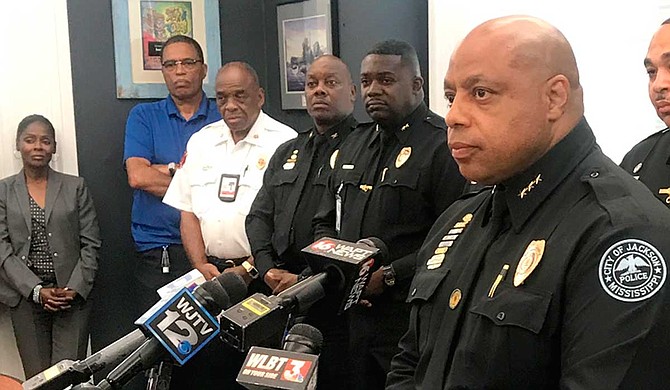 Two of 12 Jackson police officers involved in nine officer-involved shootings since November 2017 shot more than one person. A month into his current job, JPD Chief James Davis (above right) suspended Rakasha Adams for three months due to her pursuit and the subsequent death of Crystalline Barnes in January 2018. File photo by Ko Bragg

Behind the Badge: Two JPD Officers Who Shot Multiple People in Jackson

After about a year of asking, the Jackson Free Press learned the names, current status and in eight out of nine cases, the details of officer-involved shootings since Mayor Chokwe ...