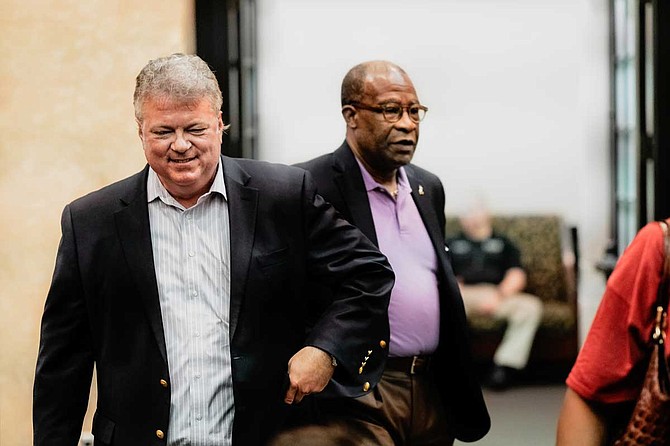 Mississippi Attorney General Jim Hood, a Democratic candidate for governor, spoke to former Hattiesburg Mayor Johnny DuPree just before answering questions at a townhall event at the University of Mississippi in Hattiesburg on Apr. 15, 2019. In 2011, Democrats chose DuPree as their nominee for governor and, like Hood now, he ran as an anti-abortion Democrat.

Abortion-rights activists and some Democratic leaders are unhappy with Mississippi's leading Democratic candidate for governor, state Attorney General Jim Hood, after his office filed a brief in defense of the ...