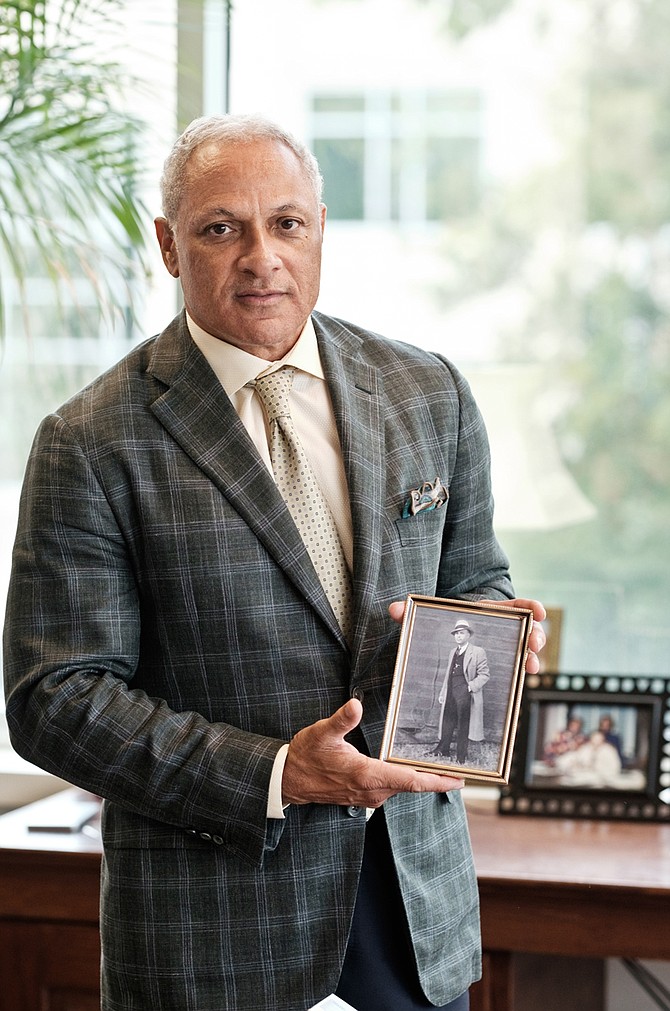 U.S. Senate Democratic candidate Mike Espy’s office contains memorabilia that means something to him, including this photo of his father, Henry Espy Sr.