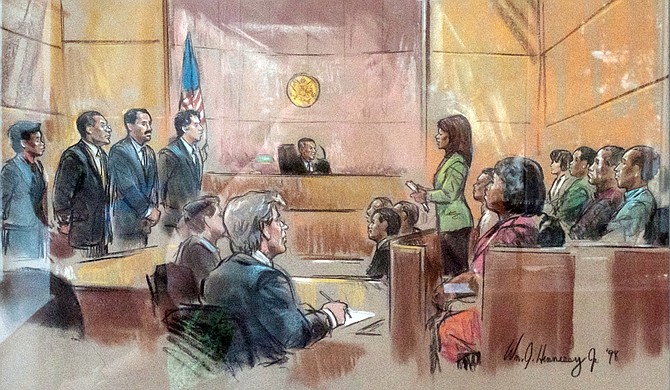 In U.S. Senate Democratic candidate Mike Espy’s office is a courtroom sketch of when a jury found Espy not guilty in his federal trial.