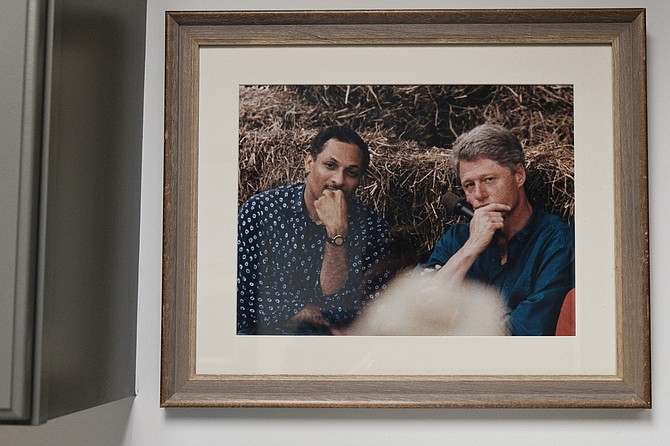 Democratic U.S. Senate nominee Mike Espy, who served as the U.S. secretary of agriculture under President Bill Clinton from 1993-1994, has memorabilia around his office, including this photo of him and Clinton.