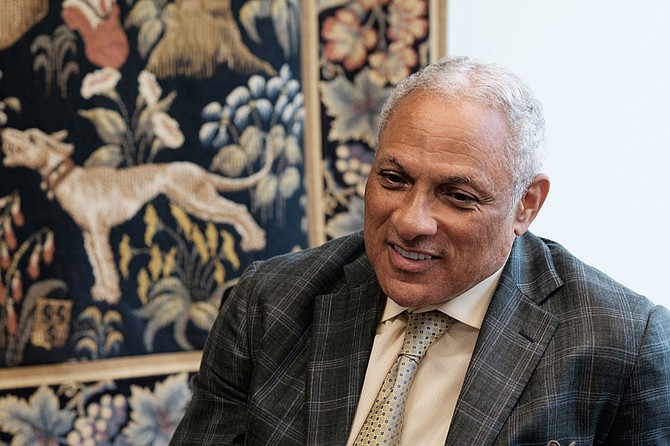 Democratic U.S. Senate nominee Mike Espy served as the U.S. secretary of agriculture under President Bill Clinton from 1993 to 1994. He is pictured at his office and campaign headquarters in Jackson.