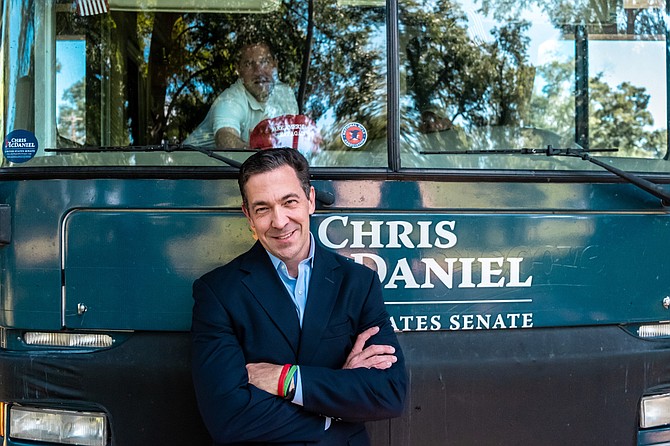 U.S. Senate candidate Chris McDaniel, a Republican state senator, poses in front of his campaign bus as his driver, W.F. Perkins, jokingly holds a MAGA hat above his head on Oct. 13, 2018. Trump endorsed his Republican opponent.