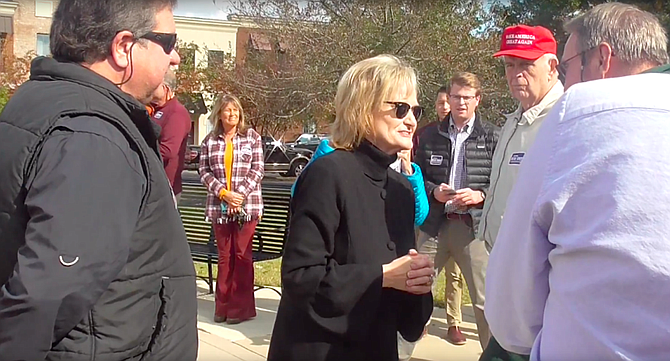 U.S. Sen. Cindy Hyde-Smith, a Republican speaks with supporters at a campaign stop in Tupelo on Nov. 2, 2018, where she made her now-infamous “public hanging” remark. Courtesy The Bayou Brief