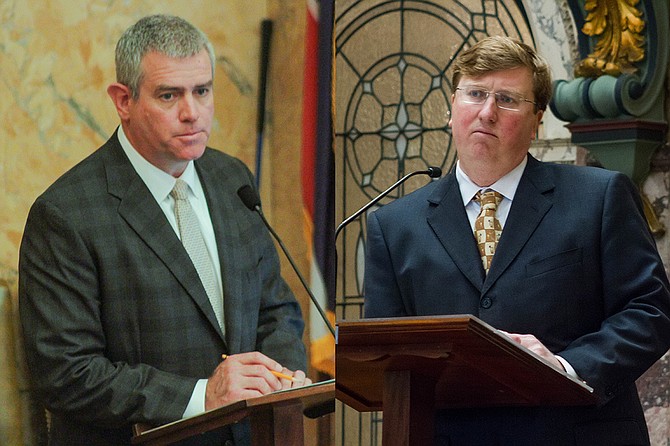 House Speaker Philip Gunn (left) and Lt. Gov. Tate Reeves (right) were able to pass a $6 billion state budget but could not come to an agreement for additional funding for roads and bridges.

State revenues are higher than expected, and lawmakers set aside about $112 million, or 2 percent, of the state budget for its rainy day fund, as they worked several late ...