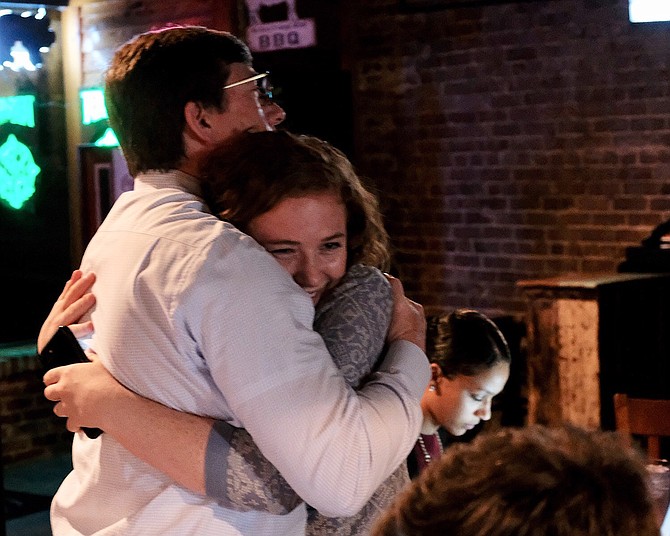 David Baria hugs his daughter, Merritt Baria, after learning he won the run-off.