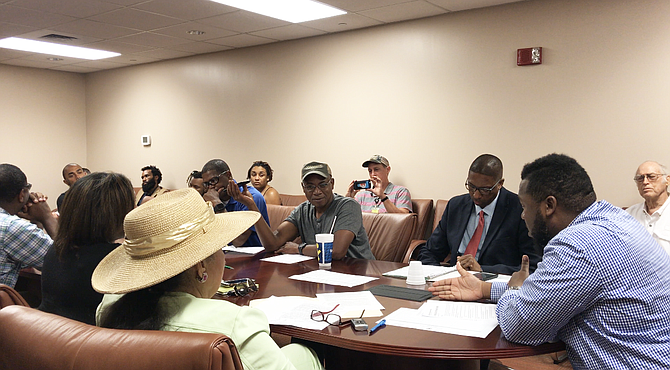 In what was supposed to be the final meeting of Mayor Chokwe Antar Lumumba's officer-involved-shooting task force, activists interrupted and ultimately delayed the group's agenda, forcing another meeting on Sept. 6, 2018.

Members of Jackson's officer-involved-shooting task force started showing up at the Porter Building across from City Hall on Monday, Aug. 27, prepared for what was supposed to be their final ...