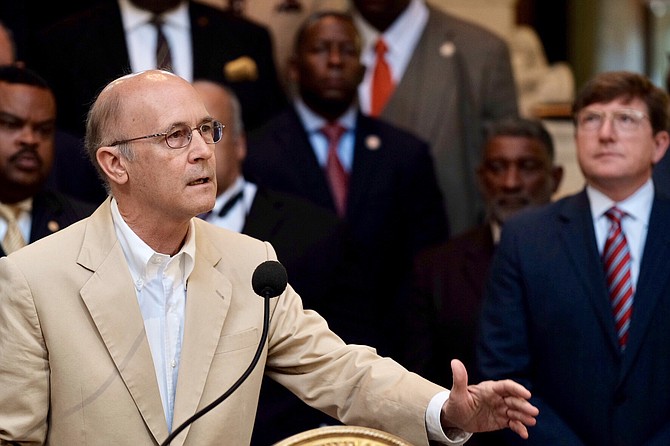 Democratic Sen. Hob Bryan of Amory criticized Republicans at a press conference at the Capitol on Aug. 23 for prior tax cuts as the legislature considered an infrastructure bill that would be funded by sports betting, the Internet sales tax and a state lottery.

Mississippi lawmakers have debated whether or not to establish a state lottery for decades, but Gov. Phil Bryant called it a necessary move to fix Mississippi’s crumbling roads and bridges.