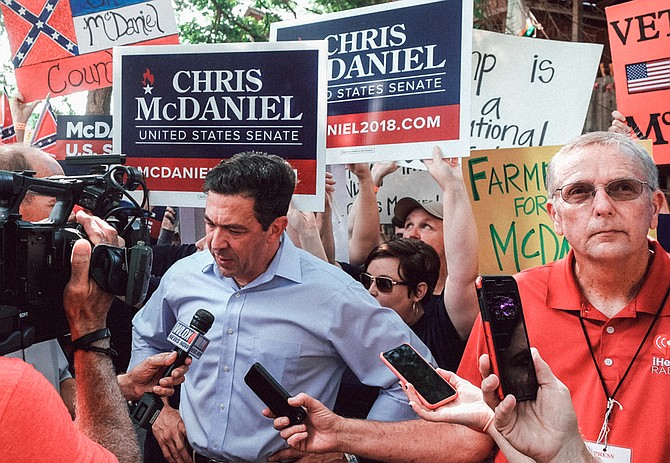 State Sen. Chris McDaniel’s embrace of Confederate revisionism appeals to his far-right voting base, such as many who turned out to support him at the Neshoba County Fair and catcall his GOP opponent.