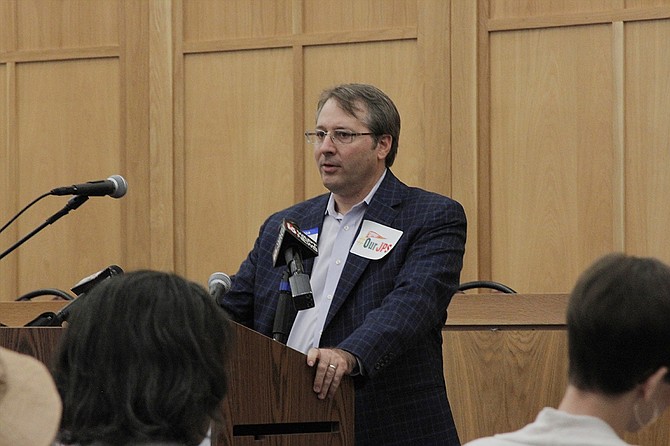 Jackson attorney Dorsey Carson spoke at the #OurJPS rally on Tuesday before the impending takeover of Jackson Public Schools this week; the status of JPS is in the governor's hands.