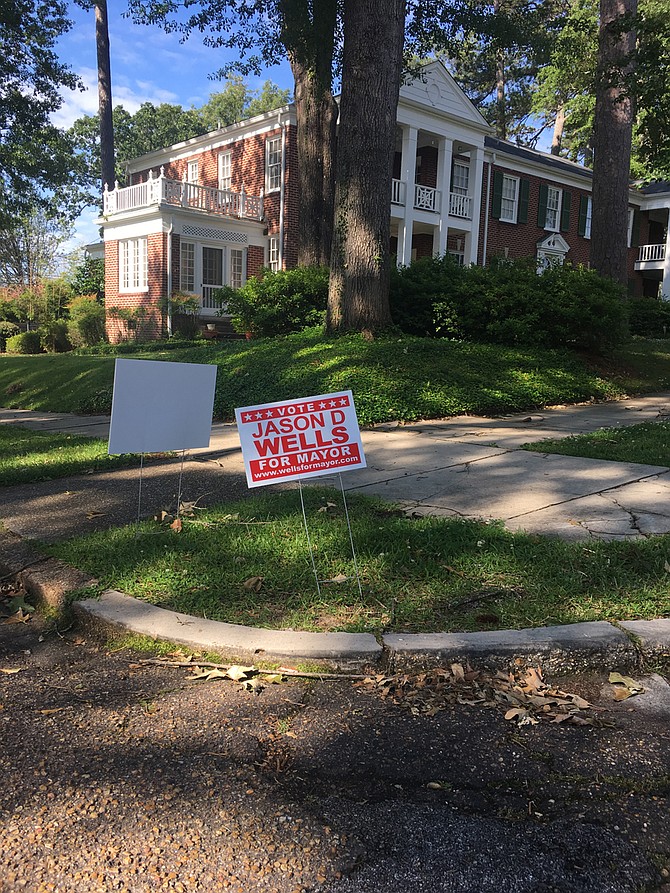 Jason Wells, the Republican candidate for mayor, said he has used mainly his own money to pay for campaign materials, like this small sign seen in Belhaven.

The Republican nominee for Jackson mayor, Jason Wells, 34, has returned to the polls once again in hope of successfully finding what he desires in life, a political office.