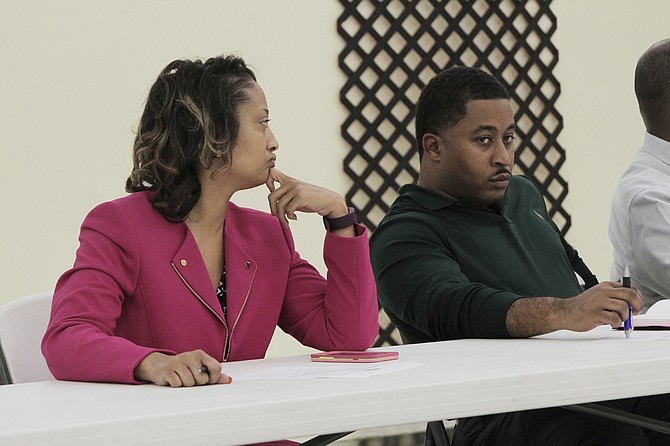 Kimberly Campbell (left) and Kodi Hobbs (right) have both resigned from the JPS Board of Trustees, shown here at a public January meeting about the superintendent search.

The Jackson Public School District will be down three Board of Trustees members by the end of June, meaning Mayor-elect Chokwe Antar Lumumba will be responsible for filling the board ...