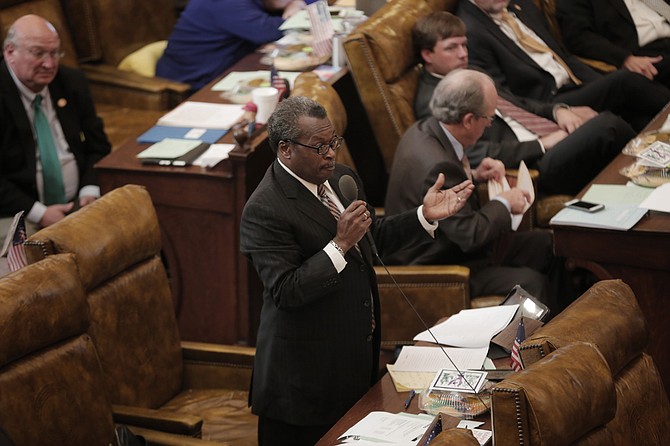 Rep. Willie Perkins, D-Greenwood, (with microphone) pressed Rep. Jason White, R-West, on why certain things in House Speaker Philip Gunn’s campaign-finance reform bill were not defined clearly in debate on Jan. 11;
the bill passed the House that day after an hour-long debate.

Enough Teeth in the Campaign-finance Bill?

Lawmakers would no longer be able to use campaign finances to pay for personal cars, new suits, health clubs or slush funds once they leave office if House Speaker Philip ...