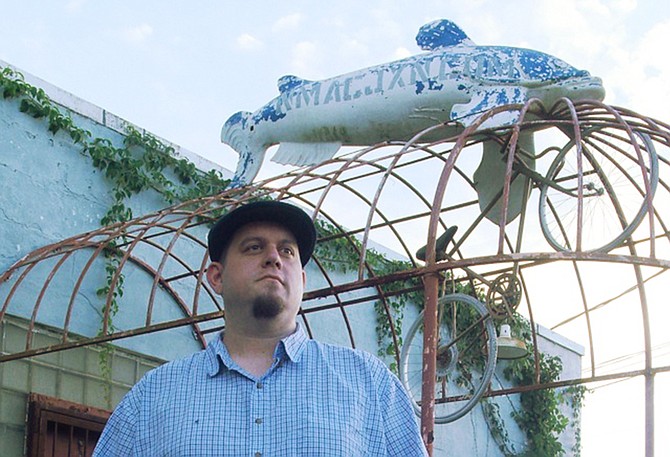 After going to a makers market in Hattiesburg, graphic designer Will Brooks wanted to bring something similar to midtown. Photo courtesy Chuck Jett

Graphic designer Will Brooks sits under the giant inflatable donut behind his desk in his North Midtown Arts Center studio, talking about the creative community he's found in the neighborhood.