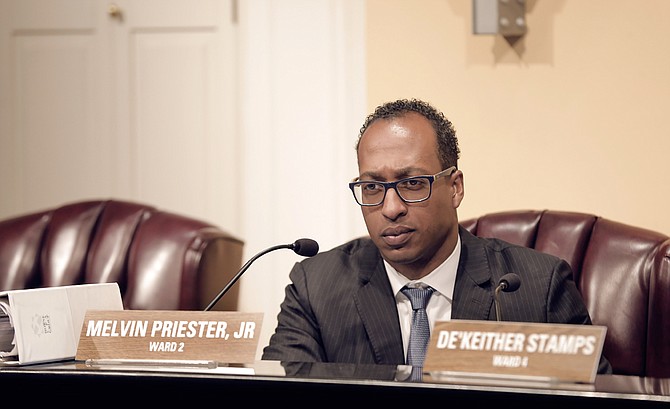 Ward 2 Councilman Melvin Priester Jr. proposed an amendment to the City's budget that outlined across-the-board cuts to travel as well as $100,000 cuts to both the mayor's office and chief administrator's office.

The Jackson City Council today approved cuts to travel for all departments, as well as cuts to the mayor's office and the chief administrator's office, to push back against the ...