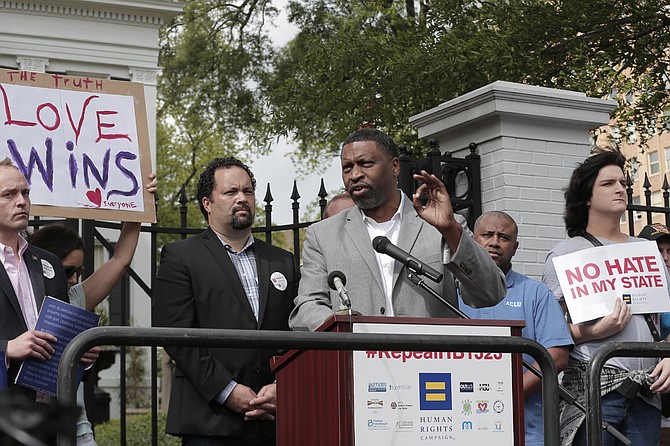 Hundreds of protesters, from around Mississippi and even out of the state, marched alongside several state lawmakers from the Capitol to the governor's mansion on Sunday afternoon, waving flags and ...