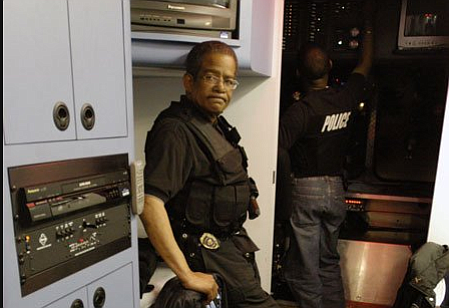 Mayor Frank Melton on the Mobile Command Center with a JFP crew the night of April 9, 2006.

On The Road Again with Frank Melton

On Sunday, April 2, photographer Jaro Vacek and I went to Frank Melton's home on 2 Carters Grove to meet with the mayor's Mobile Command Center crew for a night ...

When he was head of the Mississippi Bureau of Narcotics, Jackson Mayor Frank Melton leaked a memo containing accusations that would later be disproved about agency personnel to The Clarion-Ledger. ...