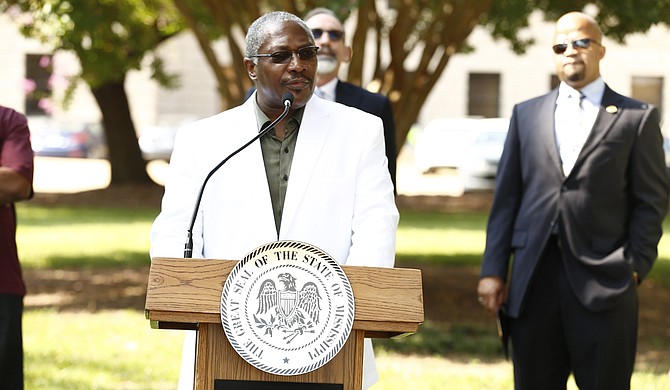 State Sen. John Horhn said the marker highlights the importance of the Civil Rights Movement and makes way for more even more progress.

Sen. Horhn to Seek Yes or No Vote in Legislature on State Flag Change

State Sen. John Horhn, D-Jackson, said he will file a bill asking lawmakers to take an up or down vote to keep or change the Mississippi state flag, the last ...

The state and city of Jackson commemorated James Meredith's March Against Fear with a marker at the Mississippi Capitol.