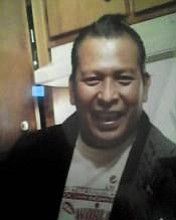 Trail of Tears: The Burial of Rexdale Henry

Many members of the Mississippi Band of Choctaw Indians came to Stephens Chapel to honor the life of one of their own, 53-year-old stickball coach and tribal activist Rexdale Wayne ...

A private autopsy is under way for Rexdale W. Henry, a 53-year-old man found dead inside the Neshoba County Jail in Philadelphia, Miss., on July 14.