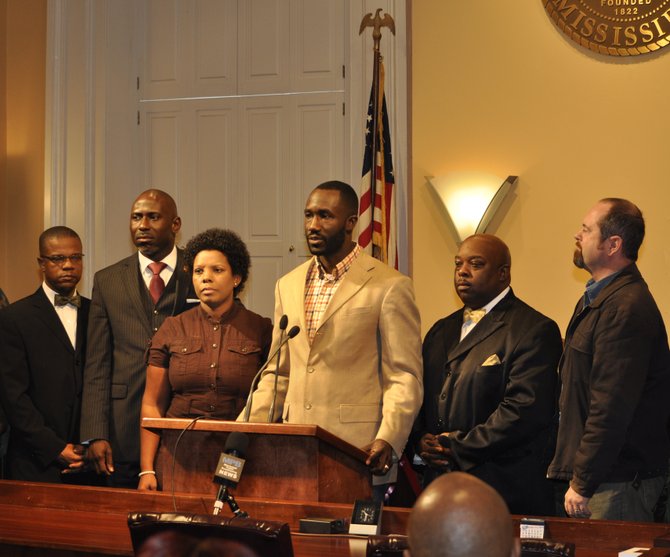 Ward 6 Councilman Tony Yarber (center) gathered with various religious leaders from across the city to announce his faith-based initiative to prevent crime.

Less than 24 hours after the shooting death of 15-year-old Wingfield High School student Destinee Ford, Ward 6 Councilman Tony Yarber got behind a podium at City Hall to announce ...