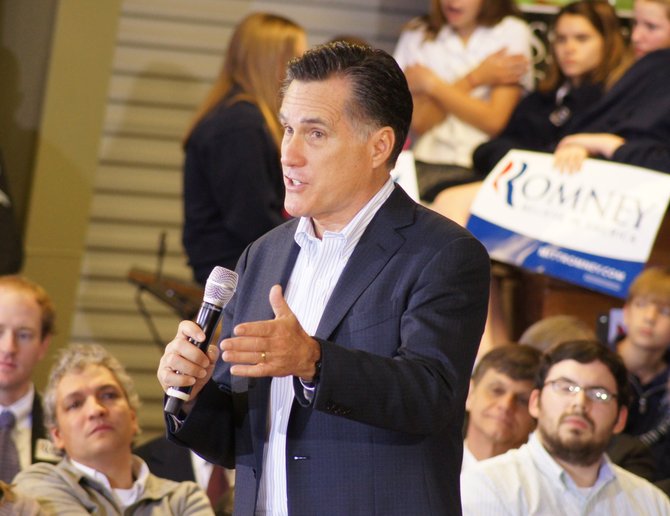 Mitt Romney is running for president on a platform of returning many costs to the states.

"The hurricane is what broke Romney's momentum. I don't think there's any question about it," former Mississippi Gov. Haley Barbour said on CNN's "State of the Union."

There's a huge catch to Mitt Romney's plan: You'd basically have to be covered already to be protected.

Mitt Romney left voters to take it on faith that he could deliver.

Republican Mitt Romney accused President Barack Obama on Tuesday of ditching a long-standing work requirement for welfare recipients, accusing him of fostering a "culture of dependency" and backing up the ...

Republican presidential candidate Mitt Romney caused a stir in Britain on Thursday by questioning whether the country is prepared to host the Olympic Games without a hitch and scheduling a ...

Unlike his Republican predecessors who visited Jackson earlier in the week, former Massachusetts Gov. Mitt Romney avoided mentioning his Republican presidential rivals by name. Instead, he focused his remarks squarely ...