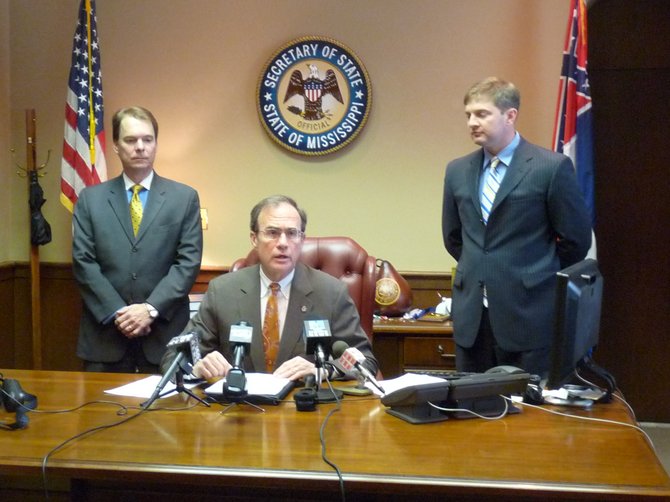 Mississippi Secretary of State Delbert Hosemann barely stopped short of calling the Brennan Center for Justice a pack of liars.

State officials are running into problems with the new voter-identification law even before the federal government has approved or rejected it.