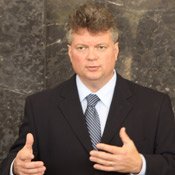 Mississippi taxpayers will receive the meaty sum of $4 million from a settlement in a case against the owners of a failed beef plant built with state-backed loans, Attorney General ...

Not too long ago in another state, a high-school boy offered a high-school girl a ride home. He drugged her drink, took nude photos of her and used the pictures ...

Debate over the Sunshine Act, which Speaker Philip Gunn introduced last week and failed on a technicality later in the week, continued to rain down on the Legislature as a ...