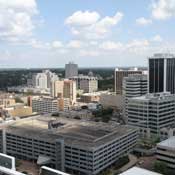 CORRECTION: We described circa, a store in Fondren, incorrectly. We should have said it is a lifestyle store.

The Downtown Business Improvement District may expand up to the second block of the Farish Street Entertainment District, which includes Peaches Restaurant and the Alamo Theater.