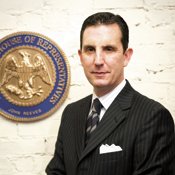 Plans are in motion to fund a convention center hotel downtown, with developers and city officials hoping to get everything togehter in time to get Gulf Opportunity Zone Bonds for ...

Members of the Jackson Redevelopment Authority fear an upcoming November ballot initiative to restrict the government's use of eminent domain to public projects such as bridge and roadway construction will ...

A former Jackson attorney says he sees parallels between his representation of Madison citizens against a proposed mosque and the plight of his own former home in south Jackson.

Federal prosecutors are trying to make inappropriate points about race and class in a jury questionnaire, Mayor Frank Melton's attorney John Reeves argued Tuesday. Responding to the government's list of ...